What is Sonic Art? 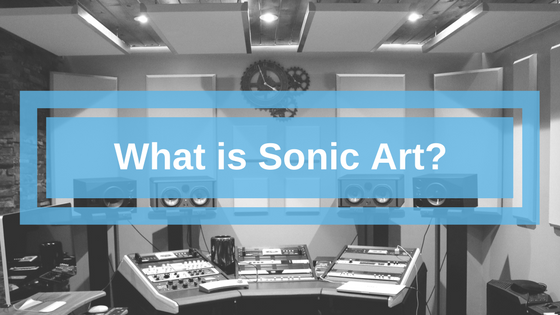 What do the United States, France, Germany and China all have in common? They’re hosts to sound art shows. Sonic art, or the creation of visual art using sound waves and vibrations, is a growing area of interest for artists and viewers. If you’re asking, “What is sound art?” keep reading to learn more about it and some of its notable artists.

Sound wave art has been around for more than 40 years but was far from mainstream at its start. During the 1970s, only 21 sound art shows were held worldwide, compared to during the early 2000s when 128 exhibits were available to see between 2000 and 2009.

One of the reasons sonic art isn’t as popular as traditional art forms is because it’s a challenging, non-visual medium. Many sound artists, however, use visual elements in their artwork. Carsten Nicolai, for example, used neon lights and water to show sound, as the sound waves altered the lights’ reflection in the water.

What’s the reason for sound art’s growth though? Technology. 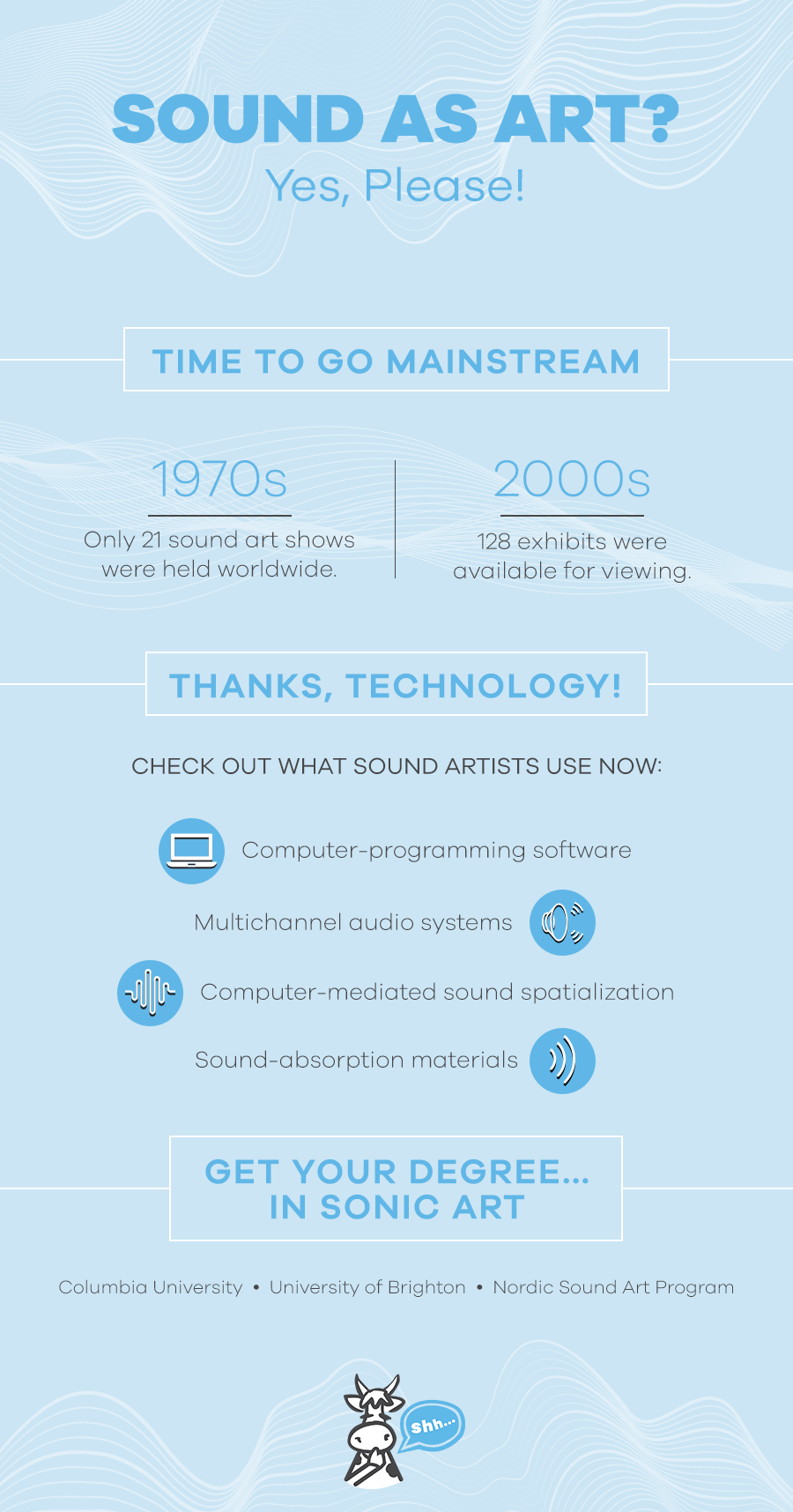 Sound-recording innovations are making it easier for artists to try their hand, or rather their ear, at sonic art. Plus, this recording gear can be used at home, instead of at a recording studio. New technologies that sound artists are using include:

Colleges and universities are also adopting sound art into their curriculums. Several colleges now offer degrees in sound art, including:

Some artists feel sonic and vibration art is a phase, yet its growth in exhibits, as well as the advancement of technology, indicate that it may become a part of the art world — after all, it’s been around for nearly 50 years, and college art programs are now teaching it.

Sound art has spawned numerous artists, with many having exhibits and shows across the world. Some of the most well-known artists include:

With more sound art exhibits sprouting up across the country, it’s likely the number of practicing sonic artists will expand and develop more installations that catapult sound wave art into the forefront of the art world.

Get Your Bull Bulletin

Sound art is an evolving area of the art world. If you want to hear the latest news on sonic art, subscribing to the Bull Bulletin wouldn’t be a bad idea. We’re all about sound and acoustics — you could say we’re udderly obsessed with it — which is why you can rely on us for your noise news.