Custom Artwork Panels: Telling the Stories of Our Nation

With our Custom Artwork Fabric Wrapped Panels, we have the opportunity to create beautiful pieces of functional art for our customers here at Soundproof Cow. We recently completed a custom panel project featuring a print of the iconic oil painting by Emanuel Gottlieb Leutze, entitled: “Washington Crossing the Delaware.”  This painting immortalized a pivotal moment in the American Revolutionary War that took place on December 25, 1776, making Sunday the 240th anniversary of this heroic endeavor.

Washington’s Continental Army experienced many difficulties in the months leading up December of 1776. He and his troops suffered numerous defeats at the hand of the British Army, and his failed defense of New York City ensured that the opposing British forces would be comfortably encamped in the City during the long winter.

If the American Colonies were to become the free and independent nation our Forefather’s envisioned, General Washington needed a decisive victory to shift the balance of momentum in the war. After careful planning, Washington took action. On the evening of December 25, he led his troops in a daring mission across the Delaware River. Upon landing in New Jersey, Washington moved his men into position to launch a surprise attack against an outpost of Hessian forces, who were allies with the British. Washington hoped that a quick and decisive victory would provide a much-needed boost of morale for his troops and the American Colonies.

Early the following morning, the Colonial Army attacked the Hessian encampment, in what would later be called the Battle of Trenton.  The surprise attack was a huge success. The battle resulted in the capture of a large number of Hessian troops, supplies and munitions. Washington then led a second crossing of the river, this time back into Pennsylvania. The victory News of the victory quickly spread throughout the Colonies, leading to an increase in Continental Army enlistments.

This pivotal moment in the American Revolutionary War was immortalized by Emanuel Gottlieb Leutze (1816 – 1868.) The German-born Leutze grew up in America.  Upon his return to Germany as an adult, Leutze began working on the piece to encourage others during a season of political unrest.

Originally, there were two versions of the painting. The first was damaged by a studio fire shortly after its completion in 1850. That piece was restored but ultimately destroyed during World War II. After the first piece was damaged in 1850, Leutze began working on a second, which he completed in 1851. Today, this famous painting can be found in the Metropolitan Museum of Art.

Acoustic Panels are not only a beautiful piece of art to display in your home, restaurant or office; they also absorb and diffuse sound waves to reduce noise and echoes within your space. Your options are only limited by your imagination. Call 1-866-949-9269 today to speak with one of our Account Managers. We will walk you through the entire process. From choosing a custom image, to discussing panel dimensions, our team of experts will work with you to create the custom acoustic panel package that meets your specific needs. 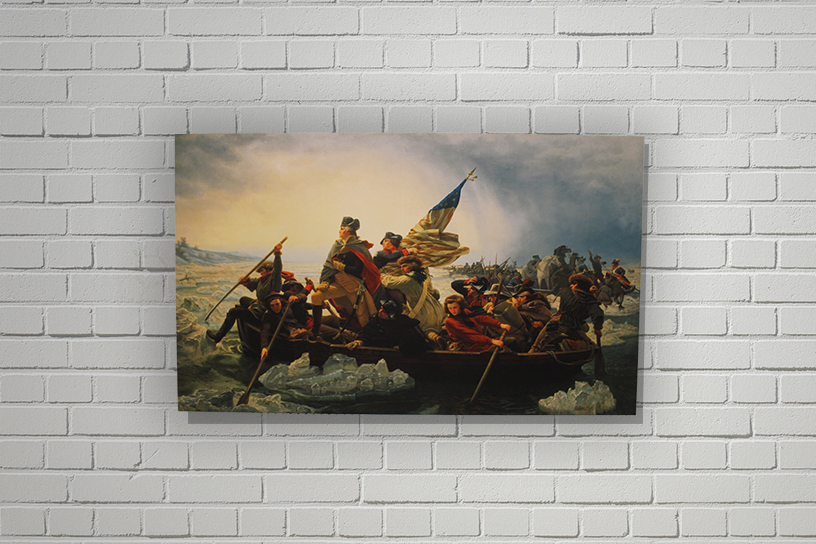 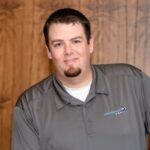 Justin Salmon joined the team at Soundproof Cow in 2017. He has extensive sales, production, and managerial experience. He first served the team in the production department and then expanded his role and responsibilities by moving to the sales team as an Account Manager. The experience gained while working in the production department at Soundproof Cow proved invaluable to his role as a SoundproofCow Account Manager. Working hands on with the materials gave him a greater understanding of all the soundproofing product lines. This knowledge allows him to better assist clients in selecting the appropriate products for their needs. Justin’s background in sales, has built his career on a foundation of relationship building. He takes pride in serving the needs of his customers, from consultation through project completion.