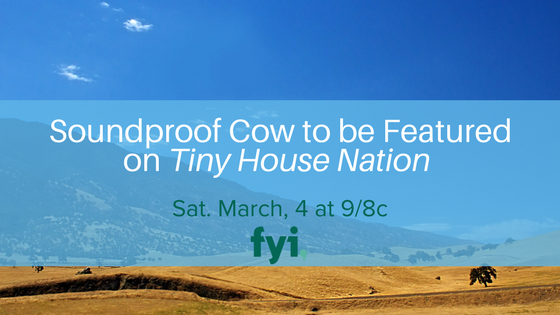 Unless you’re a librarian, you probably encounter some kind of noise at your job. But clearly, some jobs are louder than others. What are the loudest occupations out there and how loud are they? Here’s a breakdown of some of the loudest professions. 10. Nursery School Teacher Whether you have kids or have just been […]

Trust the Experts: Things to Consider When Picking an Apartment

Apartment shopping can be extremely stressful. You have a list of must-haves and deal breakers, plus a budget you have to keep to. You also never know when some other prospective renter is going to swoop in and rent that apartment right out from under you. Still, there are some things to consider before renting […]

Custom Artwork Panels: Telling the Stories of Our Nation

With our Custom Artwork Fabric Wrapped Panels, we have the opportunity to create beautiful pieces of functional art for our customers here at Soundproof Cow. We recently completed a custom panel project featuring a print of the iconic oil painting by Emanuel Gottlieb Leutze, entitled: “Washington Crossing the Delaware.”  This painting immortalized a pivotal moment […]

I just wanted to send a quick thank you for your rapid response and helpfulness. I very much appreciated it. You have been responsive in every way all through the process. It has been a pleasure doing business with you and your company.